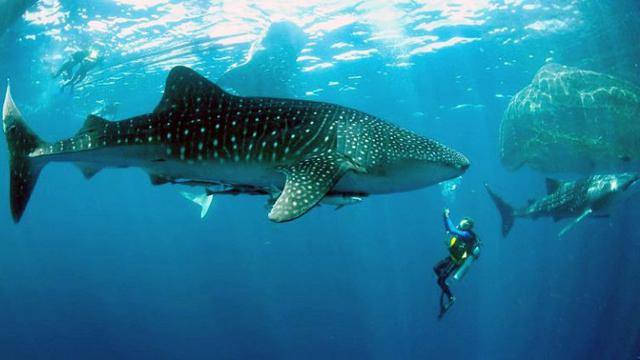 As is the case in various regions in Indonesia which are slowly growing tourism areas. Papua not only has Raja Ampat, the best diving spots in Indonesia. However, Papua also has a beautiful tourist destination called Cenderawasih Bay National Park (TNTC).
This National Park has a beauty and charm that is not inferior to the others. This Marine National Park is the largest in Indonesia. In addition, this place has also been named the best dive site in the archipelago.
It must be admitted, the real beauty of Indonesia is outside the island of Java. Where, the true beauty of Indonesia is in the underwater world. The panorama of the future coral reefs, the diversity of small fish and several other fish species combine to form a sight that is a pity to miss.
This National Park has several ecosystems such as coral reefs of approximately 5.5% that are able to amaze the eye, beautiful beaches covering an area of ​​0.9%, Mangrove and Tropical Forests and islands which amount to 3.8%. And the rest is marine waters covering an area of ​​89.8%. You can imagine not the beauty of this area. With a total area of ​​1,453,500 ha.
There are about 196 types of mollusks and 209 types of fish in the underwater world. So, when you decide to enter, you will be greeted by these two types of marine animals. If you look closely, these two types of species are so adorable and cute. It was like holding hands and taking selfies with them.
In addition to these two species, turtles, turtles, sharks and dolphins also do not want to lose to accompany Native Friends. Swimming with them was so much fun. Apparently, they really know how to welcome guests and show the true natural beauty of Papua.
This National Park was inaugurated by the Ministry of Forestry in 1993. Not only the underwater world that can be enjoyed. Instead, the islands were lined up like the Mioswar islands. Where the traveler will be presented with beautiful caves. This cave is quite unique, with a hot spring that contains sulfur without salt.
This cave is a relic from ancient times and is a historical relic because in it there is a skeleton of the ancestors of the Wandau tribe. History records, it was these ancestors who first came to this island.
This island also saves another beautiful paradise, namely the existence of a waterfall which is located a bit hidden. Genuine friends who want to visit it have to walk quite a distance first. However, after arriving at the place, real friends will be presented with extraordinary beauty.
Human skeletons are not only found in this cave. However, this cave, which is located on Numfor Island, contains human skulls, as well as antique plates and carved chests which are indeed interesting to observe.
The National Park which is located on the edge of the Pacific Ocean and is an area of ​​the continental plate also has caves in the water. The cave, named Tanjung Mangguar, is in the water with a depth of 100 feet.
This place which is dominated by cassowary trees is home to a large population of mega fauna or animals such as, Whale Shark (Rhincodon Typus), Mermaid (Dugong Dugon), Napoleon Wrasse, Turtles, and a fairly healthy population of predators.
These waters are marine conservation areas in Indonesia. Where, being the center of whale shark research in the world in collaboration with the government, private sector, community, universities, and NGOs from within and outside the country.
Talking about whale sharks, this one animal is indeed the most awaited by divers around the world. The whale shark is indeed the largest giant animal under the sea. Unfortunately, this underwater giant can only be found at certain times. This temptation is what makes most tourists take the time to visit here.
Besides the Whale Shark, there is also a must-visit for Native Friends on Roon Island. Where, Native friends will be presented with diving spots which are also very interesting to do. However, there is one icon that is also interesting to visit, namely the old, instagramable church.
The uniqueness of this old church apart from its architecture which is still quite ancient, there are also ancient books. This Bible was published in 1898, it is still well preserved and very tidy. Real friends can see it and take pictures too.
There is also the island of Rumberpon, where here you can see deer and birds. At the bottom of the sea, you will be presented with military planes that have sunk and become an underwater spot that should not be missed while in Cendrawasih Bay.
Ron Island also has another uniqueness, namely the presence of birds and bats. They would keep going back and forth throughout the day alternately without getting tired. This scene is the most awaited.
#DESTINATION #NATIONAL #TOUR
Bagikan
Komentar