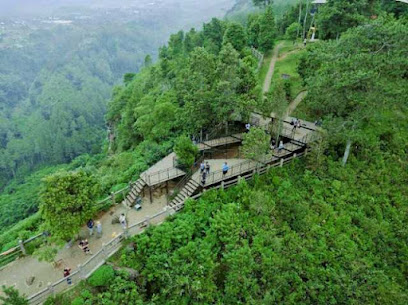 Taman Hutan Raya is Bandung's most famous and hits tourist destination. In addition to many distributions, cafes, and several well-known hotels, there are also tourist attractions, namely Juanda Forest Park, Bandung. Also known as THR Djuanda or Tahura Djuanda. The forest area which reaches 590 hectares stretches from the Pakar area to Maribaya. There are about 2500 types of plants making this first forest park very suitable for Botanical tourism.
Located at an altitude between 770 masl to 1330 masl. No less than 2500 species of plants grow in the Juanda Forest Park. Tahura Djuanda is a conservation area that combines secondary nature with plantation forests. The very natural forest atmosphere coupled with several interesting tourist objects is the main attraction.
In addition to botanical tourism, in the IR Juanda Forest Area you can find various enchanting waterfalls. The cool air and calm atmosphere are perfect for relaxing and relieving fatigue.
Travelers can do various activities at the Juanda Forest Park. Activities that are generally themed adventure nature. Like hiking in the Caves, Trekking, or exercising. Some activities can also be done by children. Here are some of them.
1. Dutch Cave
The Dutch cave is thought to be at least 111 years old. When tourists enter the Cave, the cold will immediately be felt. This cave consists of three interconnected passages. On the left side of the Cave is a prisoner of war cell and logistics storage area.
The cell door still looks like the original and tourists can enter the room. Then on the right wing of the Cave there is a narrow alley that leads to a ladder that is useful for snooping in ancient times.
While the road inside the Cave is quite flat and the walls of the Cave still have rusty iron like the original. Make sure to wear thick enough clothing and a flashlight as the Cave is very dark.
2. Japanese Cave
300 meters from the Dutch Cave is the Japanese Cave which has four entrances and two guard holes. It is said that the construction of this cave was carried out with a forced labor system or better known as romusha.
This cave serves to shelter from the allies and also as a place to store weapons and military logistics. Inside this cave there are small caves that are usually used as places of interrogation, there are also prisons, hiding places, and storage holes.
This cave still maintains its original shape with pedestals and walls that are still in the form of soil and stone. Tourists will be surprised by a group of bats that nest in the ceiling of the cave. The Japanese Cave is still hot and darker than the Dutch Cave.
3. Waterfalls and Curugs
There are at least three famous waterfalls in Tahura Djuanda, including Curug Dago, Curug Omas, and Curug Lalay. Curug Dago has a height of 12 meters, in this place there are two inscriptions from the King of Thailand.
While Curug Omas is better known as Curug Maribaya because of its location in the Maribaya Tourism area, the height of this waterfall is about 30 meters.
Lastly is Curug Lalay which has the same waterfall height as Curug Omas but the location of this waterfall is slightly hidden in the valley. On the side of the waterfall there is a cave where bats nest, this cave is also called Lalay Cave.
4. Museums Ir. H. Juanda
Still in Tahura there is also a museum whose existence is a tribute to a national hero, Ir. H. Juanda. This museum measures approximately 8 x 10 meters. Inside the museum there are various awards received by Ir. H. Juanda.
Starting from award certificates from the Indonesian and foreign governments, to medals, buttons, and wings from various countries such as Malaysia, Russia, and Thailand. In this room there is also a large photo of Ir. H. Juanda. In addition, there is a collection of herbarium and ancient animals and artifacts.
5. Keraton Cliff
For nature tourism, you don't need to worry. Because this hilly area offers a place to watch the beautiful sunrise and sunset from the top of the cliff. To enter the Tebing Keraton, a separate ticket applies and a one-day ticket to Tahura applies. So make sure to be at the right time to enjoy it and be careful because the access to this place is very uphill and steep.
It's not difficult to find Juanda Djuanda Forest Park because this place is very well known and the access is quite easy. There are at least two public transportation that can bring tourists to visit this place.
Even if you have to add a bit of walking. The first city transportation is Ciroyom-Ciburial, this angkot is green-beige. This angkot can be found on Jalan Simpang Dago, please be patient because usually this angkot will not run until it is full of passengers.
The second orange angkot with the Caringin-Dago route, this angkot can be found in the Jalan Suci and Jalan Cikutra areas. Tourists only need to tell the angkot driver to take them to Tahura Djuanda or Dago Pakar Forest. Tourists usually have to walk about 500 meters to 1 kilometer.
#DESTINATION #NATIONAL #TOUR
Bagikan
Komentar