These are the Most Popular Attractions in Amsterdam -->

These are the Most Popular Attractions in Amsterdam 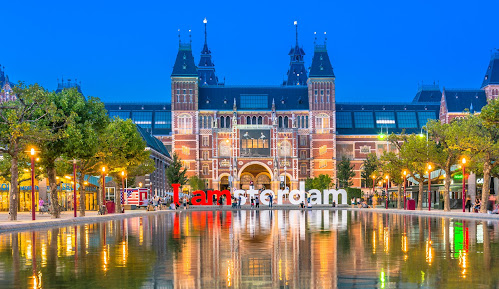 It seems endless if we talk about the beauty of this city. Amsterdam, the capital of this windmill nation, offers a million charms for anyone who sets foot there. The unique design of the city with the classic European architecture, coupled with the canals that connect the city make tourists feel at home for long in Amsterdam.
There are many interesting places that you can visit if you are on vacation in one of the cities which is the headquarters of the Ajax Amsterdam football club. Starting from beautiful buildings to fresh city parks, it will surely spoil the eyes of tourists.
The following are interesting tourist attractions that you must visit if you are on vacation in Amsterdam.
1. The Rijksmuseum 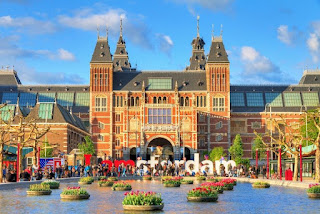 One of the most popular attractions in Amsterdam and of course the most important art storehouse. The Rijksmuseum was founded in 1809 to house the country's vast collection of rare art and antiques.
The museum's impressive collection includes some seven million works of art, including more than 5,000 important paintings spread across the sprawling 250-room building. In addition to his paintings, the Rijksmuseum offers a comprehensive library with more than 35,000 books and manuscripts, as well as many interesting exhibits related to the development of art and culture in the Netherlands.
Of particular note is the collection of traditional crafts, medieval sculptures, and modern art styles. Various English themed tours are available. For a special experience, try a fun art history canal cruise of the many sites represented in the Rijksmuseum collection.
2. The Anne Frank Museum 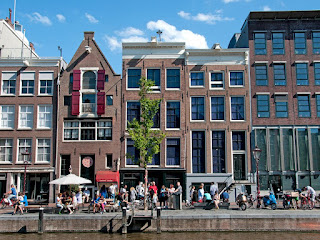 In Prinsengracht, the Anne Frank Museum is dedicated to the all-too-short life of one of the world's most notorious Holocaust victims. The house is actually where Anne's family hid during World War II.
They were Jewish refugees from the German city of Frankfurt, Anne wrote the diary which became an international bestseller after the world war, just a few years after her death at the age of 15 (she died just two months before the war ended).
Much of the house has been preserved as it was in Anne's time, and serves as a sad monument to a tragic period of history.
3. The Van Gogh Museum 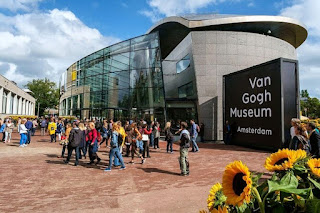 A must-visit for art buffs and historians alike, the spectacular Van Gogh Museum has been one of Amsterdam's top attractions since it opened in 1972.
Dedicated to the extraordinary art of one of the most respected painters in the country, this modern building designed by Gerrit The Rietveld is home to the world's largest collection of Van Gogh paintings and artifacts, most of them donated by his brother Theo and other family members.
Boasting an impressive 200 paintings, 500 paintings and drawings, and 700 letters written to and by friends and family, the collection is divided into key periods in the artist's life. These include his realistic works (1880 to 1887), including the famous "The Potato Eaters", and his Impressionist period from 1887 to 1890, which saw the creation of his perhaps most famous work, "Vase With The Sunflowers".
Also of interest are works by Van Gogh's contemporaries, including prominent artists such as Paul Gauguin and Henri de Toulouse-Lautrec. If time permits, be sure to check out the availability of museum education workshops in disciplines such as painting and photography.
4. The Jordaan (Neighborhood)

Jordaan is Amsterdam's most popular neighborhood, known for its mix of residential areas with garden courtyards, bustling markets, and upscale boutiques and restaurants. Tourists could easily spend the day just wandering the picturesque streets, but the area is also home to lots of things to do.
Known as the home of the Anne Frank Museum, the area is also home to lesser-known treasures such as the Woonboots Museum, a floating museum dedicated to houseboats.
On Saturday mornings, the Lindengracht turns into a large open-air market, where you can find crafts, produce, flowers and items suitable for filling a picnic basket.
Monday morning, Westerstraat, which was packed with 200 stalls of traders, this time selling various merchandise in a flea market-style bazaar. The restaurants and cafes of the Jordaan have become trendy places to sit and people-watch while enjoying traditional Dutch music.
5. Vondel Park 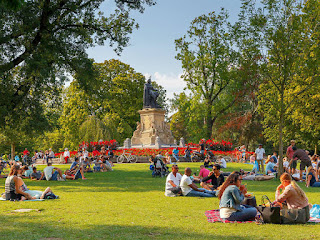 The largest and most visited park in Amsterdam, Vondelpark occupies 116 hectares, which contains many things to see and do. Apart from expanses of green space dotted with tranquil ponds and crossed by many paths, the park is home to a rose garden featuring more than 70 types of flowers.
It also has a variety of sculptures, a playground and other recreational facilities, including roller skate rentals and the Vondelpark Outdoor Theatre, which serves as a music production venue and stage from May to September.
If you haven't packed a picnic, don't worry, the park is also full of cafes where you can enjoy a light meal or full meal. As in any big city, a visit to the park after dark is not recommended.
#DESTINATION #INTERNATIONAL
Bagikan
Komentar