Take a Historical Tour While Seeing Technological Sophistication in Beijing -->

Take a Historical Tour While Seeing Technological Sophistication in Beijing 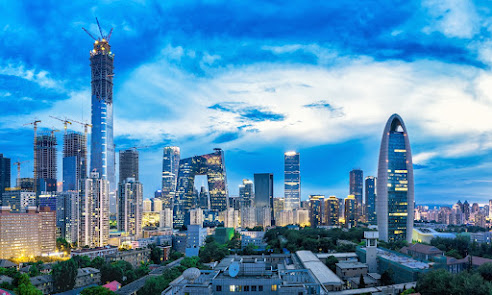 In addition to tourist attractions in Beijing, many people are interested in visiting this Chinese capital because of its technological sophistication. Beijing has blazing fast internet access, its citizens are able to adapt to the city without cash or moving their wallets to smartphones, and the environment is technology-friendly.
Technology has even been used for simple activities, such as bicycle rental. You just need to scan the QR code using the app on your phone, the bike is ready to go. This breakthrough greatly facilitates tourists to travel in Beijing.
The second largest city in China after Shanghai has complete interesting places, especially relics of the past with distinctive architecture. How not, Beijing, which used to be called Peking, has started the history of this city since 3,000 years ago. Therefore, Beijing is one of the oldest cities in the world.
Palaces, gardens, tombs, temples, to art heirlooms are all here. Even in one city alone there are 7 UNESCO World Heritage Sites, such as the Forbidden City, Temple of Heaven, Ming Dynasty Tomb, Zhoukoudian, Great Wall, Great Canal, and Summer Palace.
The weather in Beijing is quite extreme, it can reach 42 degrees Celsius when it's hot and -27 degrees Celsius when it's cold. Therefore, visit in fall or spring. The best times to visit Beijing are April, May, September, October and November.
Want to take a historical tour while seeing the technological sophistication of Beijing? Book a plane ticket to Beijing Capital International Airport which is the second busiest airport in the world today. You can refresh your eyes while pampering your tongue because the culinary in Beijing is very dear to miss.
Here are some of the best tours in China that you must visit:
1. Great Wall 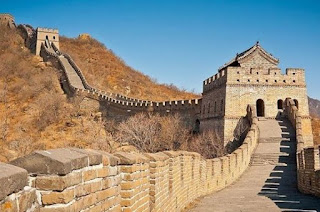 Historical stories are certainly very interesting to know, especially if the story is made into a film. For some people who don't like reading, knowing the history of something will definitely be more interesting if it's from a film. Well, this is also what makes several countries make historical films, including China.
Of the many histories that are mostly related to battles, there is one interesting story from the story of Qin Shi Huang. Known for his victories in Battle, Qin Shi Huang was the first emperor of China and created a magnificent terracotta army, which is a spectacle even today. The history of the Great Wall of China begins when it was built to protect the newly founded Qin dynasty, Qin Shi Huang (221–206 BC) from attacks by nomads from Inner Asia. The wall was built using forced labor.
The Forbidden City which in Chinese is called Zijin Cheng. What exactly is the forbidden city? It is an ancient Chinese imperial palace complex that was used from the Ming Dynasty to the Qing Dynasty. The palace was once inhabited by 24 Chinese emperors from the Ming and Qing Dynasties for nearly 500 years (1420-1912).
2. Forbidden City 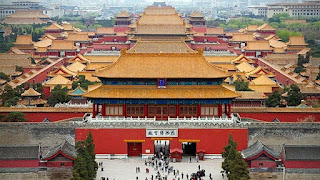 You must be wondering why this area is called the Forbidden City? This place is so called because in ancient times no one was allowed to enter or leave the palace grounds without the emperor's permission. The Forbidden City was built for approximately 14 years from 1406 to 1420. This area consists of 980 buildings covering an area of ​​720,000 square meters. The Forbidden City is designated as the largest collection of ancient wooden buildings in the world so that it is a world heritage designated by UNESCO. No wonder this place is visited by many tourists because it is already known to many people in the world.
The Forbidden City is located right in Tiananmen. You walk towards the entrance for a long time until you find an entrance with Auto Guide written on the right of the gate. The Forbidden City ticket building (Palace Museum ticket) is located in front of the Auto Guide building, on the right side of the road.
3. Temple of Heaven

The Temple of Heaven is the largest ceremonial building complex in the world. Emperors worshiped heaven and prayed for a harvest there in the Ming and Qing Dynasties (1368-1911 AD). It is a treasure trove of ancient Chinese architecture as well as a true picture of the ancient oriental civilization. In 1998, it was recognized as a World Cultural Heritage by UNESCO.
Various attractions you should not miss at the Temple of Heaven:
Prayer Altar for a Good Harvest
This is to pray for a good harvest in the first lunar month. It is 38.2 meters (125.3 ft) tall and has a diameter of 24.2 meters (79.4 ft).
Echo Wall
The Echo Wall was the circular wall of the Imperial Vault of Heaven. It has an echo effect. If two people stood under the east wall and west wall respectively and spoke softly towards the north, they could clearly hear the echo of their words.
Circular Mound Altar
The emperors worshiped Heaven there on the winter solstice every year. The number of stone steps, stone slabs, and stones of each level were all in multiples of nine, which emphasized the supremacy of Heaven because nine was considered a positive number indicating the dignity of the emperor. There is a Heaven's Heart Stone in the middle of the upper level. When people stand on rocks and talk, their voices are very loud.
Danbi Bridge
It is the oldest overpass in Beijing, higher in the north and lower in the south. There were 3 paths on the bridge respectively for the emperor, the Emperor of Heaven and the minister from east to west in ancient times.
#DESTINATION #INTERNATIONAL
Bagikan
Komentar