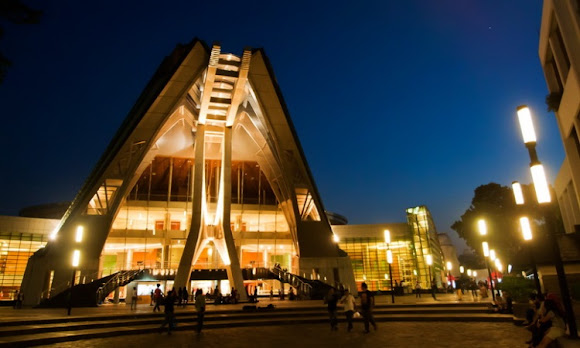 Traveling does not only have to be to places with beautiful views, but to places that have complete rides. Spending vacation time either with family or with friends and partners, can also be done in places that have educational value, both history, as well as the diversity of arts and culture.
Art itself has various forms in its presentation, ranging from art that can be enjoyed by hearing such as singing, music, and also literary arts that are present in the form of poetry and rhymes.
There is another art that has a form that can be enjoyed by sight. Examples include painting, building art, pencak silat moves, and dance. Meanwhile, the coordination between the two includes theater arts, musical performances, films, puppets and much more.
This art center for residents of the capital city of Jakarta is also often visited by tourists from various regions, namely Ismail Marzuki. Curious as to what is in Ismail Marzuki's garden? Let's see until the end of the complete information in this one article.
For those of you who like art, it's incomplete if you don't visit this one park. The park, which was inaugurated on November 10, 1968, has contributed to the development of Indonesian art. This place even has 6 modern theater rooms, galleries, cinemas, exhibition halls and archive buildings that you can visit.
The Taman Ismail Marzuki area has even joined the Jakarta Arts Institute in the world of film, acting, and visual arts. By visiting this attraction, you can learn various things related to the art presented. Of course the various works of art in this place are also very pleasant to enjoy.
The park, which is now known as Taman Ismail Marzuki, was established on November 10, 1968. The name of this park itself was taken from a national composer who created a song that we often listen to, namely Halo-halo Bandung. & the seduction of coconut islands that even coconut trees are used as the logo of this park,
Taman Ismail Marzuki was built on an area of ​​9 hectares, with an area of ​​72,000 m² Taman Ismail Marzuki itself. This park was first inaugurated by the Governor of DKI at that time, Mr. Ali Sadikin. The location of Taman Ismail Marzuki itself is at Jalan Cikini Raya Number 73 Menteng, Central Jakarta.
Initially, this location was a recreational park intended for the public under the name Taman Raden Saleh. At Raden Saleh Park, visitors can enjoy the fresh air in the middle of the capital city, equipped with various animal shows which later became the forerunner of the establishment of Ragunan & Dog Racing. Not only that, the roller skates that used to be hits can also be played on the cement court which is intended for roller skate fans.
As an Art Center in Jakarta, of course Taman Ismail Marzuki has several supporting facilities for various purposes, including:
1. Platform ATM
This one facility is certainly very important for visitors who intentionally do not bring cash or run out of money, several outlets at Taman Ismail Marzuki include BRI, BNI & Link ATMs that can be used as ATM Bersama
2. Grand Theater
The theater, which is called the Jakarta Theater, has a large stage measuring 14 mx 16 mx 9 m. The capacity in the theater which has 3 floors itself, is claimed to be able to accommodate up to 1200 spectators & is equipped with a VIP Room, Changing Room, Makeup Room, Ticket Box Room, Folding Dock, Waiting Lobby, Lighting, Sound System, CCTV & AC. This theater can operate from 08.00 to 23.00 WIB.
3. Graha Bhakti Budaya
This facility is usually used as a venue to hold music concerts such as Iwan Fals, as well as a theater for traditional & modern art performances, dance arts and film screenings.
At Graha Bakti Budaya there is a stage measuring 15 mx 10 mx 6 m with an audience capacity of 811 people. Other facilities are the same as large theaters, only the difference is that at Graha Bakti Budaya there is no Vip Room & folding dock but LED Billboards are available.
4. Mosque
The facilities that must exist for tourist attractions are places of worship for Muslim visitors, for the prayer room at Taman Ismail Marzuki itself there are 2 locations, namely at the Planetarium and also in the basement behind IKJ.
5. Cinema XXI
For movie fans, especially those of you who are married or have a partner, Cinema XXI at Taman Ismail Marzuki can be an alternative to old dates compared to having to come to the mall. The habit of women who like to read merchandise at the mall, of course, makes the wallets of the adam scream on the old date, one of which has not yet arrived at the cinema but the money runs out first for shopping hehehe. Tickets are also relatively cheap, for Monday-Thursday only 30 thousand is enough, while Friday is charged 35 thousand & Saturday 40 thousand per person
6. Cafeteria
This one must be everywhere, of course after a day of playing the stomach will start to rumble & need to eat. At the Taman Ismail Marzuki Cafeteria, visitors can try various Indonesian culinary menus with affordable prices & good taste. 14. DKI Library A suitable place to add insight apart from the museum, is to visit a quiet library. And there are many other facilities that you can enjoy.
How interesting is not it? Let's immediately visit Taman Ismail Marzuki, for art lovers in particular. Happy weekend and happy holidays :)
#DESTINATION #NATIONAL
Bagikan
Komentar