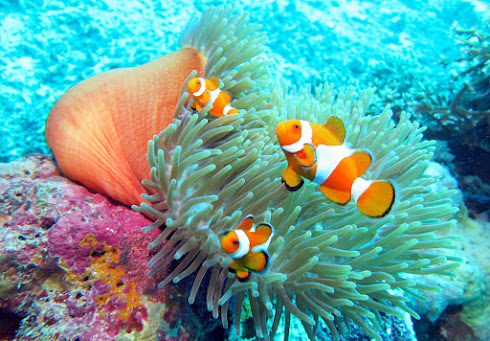 The beauty of the underwater scenery from Indonesia is unquestionable, one of which is Wakatobi. This tourist attraction that emphasizes the beauty of the underwater world is indeed so echoed in the archipelago and even abroad. This place has a lot of biodiversity and has been recognized by UNESCO as a cultural heritage. So, it's no wonder why this location should be your next tourist destination.
Wakatobi Regency itself consists of four main islands. Starting from Wangiwangi, Kalidupa, Binongko and also Tomia. Uniquely, the name Wakatobi itself is an acronym for the four main islands. Not only the four islands, there are several other small islands that are also in the Wakatobi area, their names are Anano, Rundumana, Hoga Island and Kapota.
Wakatobi National Park was established in 1996. The total area is 1.39 million hectares which is related to marine and coral biodiversity. Also, it occupies one of the highest priority positions for marine conservation in Indonesia. While the beauty and wealth of this area is also well known in foreign countries. Especially after the Wallacea Expedition from England in 1995. It was stated that this Southeast Sulawesi area is indeed rich in coral species.
The location of this tourist attraction is off the coast of Southeast Sulawesi Province which is from the main island to the Wakatobi National Park even though it is through the Buton archipelago. To get there, the trip to Wakatobi is by ship or plane. If you use a ship then it can be cheaper. But it takes a long time. Meanwhile, from Makassar to Wakatobi alone it also takes more than 10 hours. If you want faster then you can choose a plane.
There are about 750 of the total 850 species of newspapers in the world. While the depth configuration also varies. Starting from flat to sloping to the sea and also in some water areas that have steep cliffs. In the deepest part of the waters can reach 1,044 meters.
The beauty of Wakatobi National Park consists of 25 clusters of coral reefs and various types of beautiful fish. The clear sea water makes this National Park a very suitable place for diving or even snorkeling. For those of you who are interested in these water sports, you can come directly to the reefs of Kapota Island by crossing for about an hour. Here you can ask to be accompanied by professional dive guides. Of all places, Hoga Island is a favorite place for divers both local and overseas.
But the most popular are Onemohute in Wangi-Wangi and Roma or Roma's Reef in Tomia. Even if you can't dive, you can snorkel or see dolphins that appear above the surface. The best place to see dolphins is at Mola Raya Harbor which can be reached in just 20 minutes. You can use a charter boat from Wanci City, Wangi-Wangi.
As an international tourist attraction, the facilities owned by this district are quite complete. Starting from adequate road facilities, sufficient number of taxis, clean places to eat, and affordable lodging.
Lodging in Wakatobi varies, ranging from the price of 300 thousand per night, up to 500 thousand per night. So the selection can be adjusted to the contents of our pockets.
Wakatobi National Park with its natural beauty and beautiful underwater life. Stunning marine tourism is a mandatory recommendation for your vacation destination.
#DESTINATION #INTERNATIONAL
Bagikan
Komentar