Feast Your Eyes on the Beautiful and Peaceful Nami Island -->

Feast Your Eyes on the Beautiful and Peaceful Nami Island 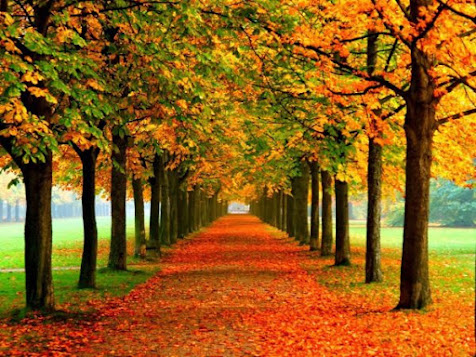 The Republic of Korea or commonly known as South Korea or South Korea is a country in East Asia which covers the southern part of the Korean Peninsula. To the north, the Republic of Korea borders North Korea, where the two were united as a nation until 1948.
Korea is well known as the land of K-Pop. There are many charming and talented K-Pop artists who make their tourist destinations even more popular.
One of the islands that is often used as a filming location is Jeju Island. This island is indeed a calming island and has good natural scenery.
But it turns out that South Korea also has another island that is no less beautiful, namely Nami Island. Once used as a shooting location for the drama Winter Sonata, this is the reason you should travel to Nami Island.
Actually, this island is not an island in the sea, but rather land on the Bukhangang river. The name of this island comes from the name of general Nami who was a general accused of being a traitor during the Joseon Dynasty. This island is made so beautiful that it has forests and various beautiful animals such as peacocks, ostriches, ducks, and other animals that roam around the island.
Since 2001 until now Nami Island is not just an amusement park but has become the Nami Nara Republic, an island that seems to be an independent republic, not part of South Korea. Like the country itself, when we enter this island, at the front there is a small building that is a bank, where we can exchange Won with the currency of this country of Namira.
There is also a large board containing words of greeting for tourists "Welcome To Namira Republic". On either side of the road there are various welcome signs including Indonesian writings. Namanara is truly a small country that upholds friendship with all the countries of the world.
Nami Island has a unique view because it is intentionally planted with rows of trees on the right and left which are very beautiful. Spring is the season that you must visit when you go to Nami Island. This is because in this season there are many blooming and colorful flowers that will spoil your eyes.
Maybe you will feel like you are in heaven on earth. Not to mention the cool weather will make you feel comfortable there. In this season also animals such as squirrels or ducks will be roaming the park with fun.
Not only is the statue of the main player Winter Sonata an attraction, this island actually has many other attractions. On Nami Island there are zoos, botanical gardens, boat tours, and swings to the unique island.
Nami Island has another uniqueness, namely at night all the lights are turned off so that visitors only rely on lighting from the moon and stars. Inorganic waste on this island is always recycled to preserve the environment so that Nami is always clean and beautiful.
On this island there are cute cafes and halal restaurants. No less than Jeju Island, Nami Island also has many delicious culinary delights that will spoil your tongue. Various types of vegetables, seafood and even pancakes are provided on Nami Island. It is said that there, the pancakes are very delicious and are well known to foreign countries. When you go to Nami, pancakes are a mandatory mainstay menu that you must taste.
Muslims also don't have to worry about missing prayers because there are prayer rooms in strategic locations. After you are satisfied with walking around the island or renting a bicycle, you can continue your journey by taking a bus to Petite France.
#DESTINATION #INTERNATIONAL
Bagikan
Komentar