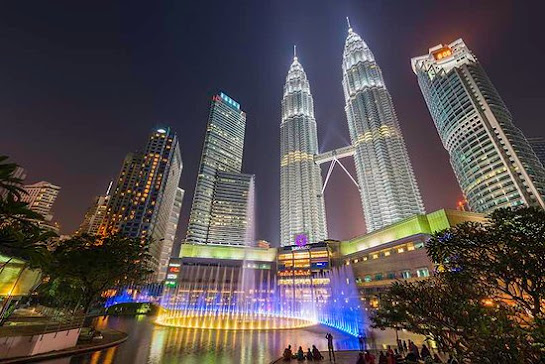 Malaysia is a federal state consisting of thirteen countries and three federal territories in Southeast Asia with an area of ​​329,847 square kilometers. The capital is Kuala Lumpur, while Putrajaya is the seat of the federal government. The total population of this country reached 30,697,000 in 2015.
Malaysia's favorite tourist attractions have many similarities with the Indonesian state. Starting from culinary, tradition, to culture. Despite the many similarities in the country, Malaysia remains one of the favorite holiday destinations for Indonesians.
When viewed from the cost of a vacation to Malaysia, it is indeed affordable like on vacation in Indonesia. In fact, the costs are much cheaper than tours to eastern Indonesia. The language is also almost the same so that Indonesian tourists don't have to worry about language barriers while on vacation here. Malaysia has various interesting destinations to visit, one of the most popular destinations in neighboring countries that you must visit is the Petronas Tower. This tower can be called an iconic building that is well known to foreign tourists.
The splendor of the Petronas Twin Towers, which attracts the attention of local and foreign tourists, is not only known for its splendor, but has also held the title of being the tallest building in the world. This title was given during 1998 to 2004. The title was forced to be released by the Petronas Twin Towers after the establishment of the Burj Khalifa and Taipei 101.
However, these two towers were still the tallest twin skyscrapers in the world in the 20th century. The Petronas Twin Towers held the title of tallest building from 1998 to 2004 based on measurements from the floor of the main entrance to the superstructure, according to the building's original height reference used by the international organization Council for Tall Buildings and Urban Habitats since 1969 (three additional height categories were introduced when the tower was almost completed in 1996)
The Petronas Twin Towers have fantastic windows which are as many as 32,000. This fantastic number feels commensurate with the total 88 buildings with a height of 452 meters in this one tower. Not enough to stop there, 40 elevators and 20 escalators in it can also answer how magnificent this building is.
As twin towers that have two similar buildings, the two buildings are also connected by a bridge which is commonly called a skybridge. Uniquely, the bridge, which is located on the 41st and 42nd floors, has a height of 170 meters above ground level. Surely that means this bridge hangs perfectly in the air and stretches for a length of 60 meters.
The Petronas Twin Towers air bridge is also always equipped with the latest fire extinguishers, there is also a heat, smoke and temperature detection system, with security alarms and a liquid splash device. There is also a smoke exhaust panel on the side of the bridge to suck fire smoke if a fire occurs inside the bridge complex.
Although the name is the Twin Towers and has a similar design, these two buildings have different contractors. The first building was designed and built by a consortium from Japan, while the second building was by a consortium from South Korea. Even though it was built by a different contractor, the splendor of this building is still charming for tourists who come to visit.
If you want to see the beauty of the sparkling lights that adorn this 88-storey building, come at night. Around the building there are also green parks and fountains that can make your photos even cooler. Petronas tower is one of the favorite destinations to celebrate the new year in Southeast Asia.
To go up to this tower, tourists must have a ticket that costs RM80 for adults and RM30 for children (prices are subject to change). From a height, you can enjoy the magnificent view of Kuala Lumpur. This place opens at 9 a.m., but many have been queuing since 6 a.m. due to limited tier quotas. Understand it because this tourist spot is very popular among tourists.
#DESTINATION #INTERNATIONAL
Bagikan
Komentar