Interesting Facts About the Roman Colosseum -->

Interesting Facts About the Roman Colosseum 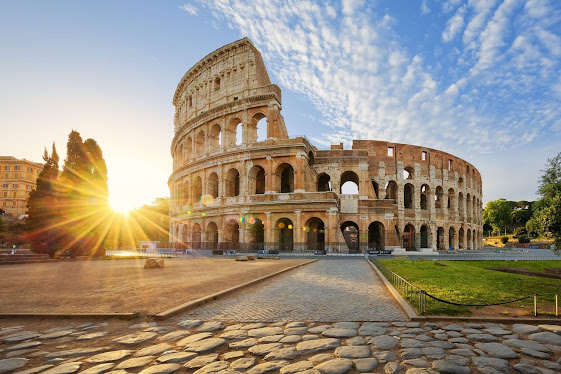 Rome is a city and a special comune in Italy. Rome is the capital city of Italy and the Lazio region. With 2.9 million inhabitants within an area of ​​1,285 km², Rome is also the most populous and largest comune in the country and the fourth most populous city in the European Union according to the population size within the city limits.
Unlike other countries, the City of Rome in Italy has its own charm. Like old buildings with beautiful palaces, ancient basilicas, ancient Roman monuments, and fountains. Rome, Italy is famous for its pizza. Not only food, here we can go to the Vatican and also visit the famous Colosseum. No wonder this city is a popular destination in the world.
If yesterday, www.vanjava.net discussed Pualau Sentosa in Singapore, which is one of the popular tourist attractions in Singapore. This time Mimin will discuss the Colosseum that is most interested in tourists in Rome.
The Colosseum or colosseum is a very famous historical location and is located in Rome, Italy. The historical heritage building of the gladiatorial arena was built by Emperor Vespasian and is an elliptical structure for large performances. Behind the splendor of the building which is one of the seven wonders of this world, there are some interesting facts that you should know.
Even though the Colosseum had a very grand and spacious building for people to live in, it turned out that this large arena had not been used for a long time. In fact, the last time the colosseum was used was in the 6th century. Although it has not been used for a long time, the Colosseum is still frequently visited by local and foreign tourists as a very historical destination.
It is no longer a secret that the Colosseum is indeed a building that has a very aesthetic shape and has become a symbol of Roman glory in the past. Even though now the Colosseum already has several parts damaged by the earthquake and irresponsible human beings, but the combination of buildings that feels elegant and majestic is still visible from the Colosseum.
If you are curious to imagine what the size of this historic Colosseum building would be, then you need to know that the Colosseum has more than 80 entrances and can accommodate approximately 50,000 spectators. Of course that number is fantastic for an arena performance in the past.
As we know that the Colosseum is often the arena where events involving various wild animals are held, one of which is popularly known as the bull. Inside the colosseum, it turns out that there is a basement containing hallways and dungeons. These rooms were used to store animals and gladiators before the show started.
It is undeniable that the Colosseum is indeed one of the arenas or tourist destinations that are in great demand by local and foreign tourists. In fact, in 2013 it was noted that there was an increase in the number of visitors from one million to six million in the last decade. Of course this further patented the Colosseum's name as one of the places of the wonders of the world.
Hopefully, the various facts above will become interesting information for tourists to visit the Colosseum. Don't forget to visit Rome while the treveler is in Italy.
#DESTINATION #INTERNATIONAL
Bagikan
Komentar